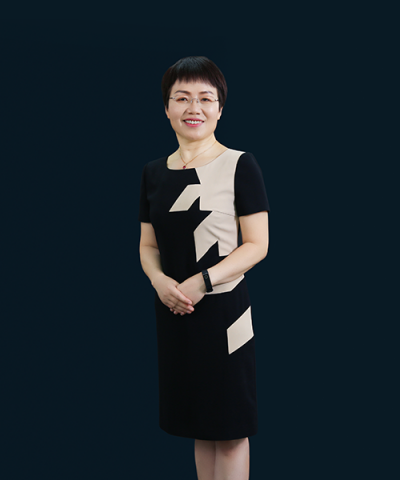 Li Hongmei, female, researcher. She graduated from Sichuan University (formerly Chengdu University of Science and Technology) in 1986 and joined NIM. She is currently the director of the Division of Chemistry Metrology and granted with the special allowance of the State Council. She was awarded with title of the “March 8 Red Banner Holder".

As an expert in the field of stoichiometry and reference material research, Li Hongmei has been engaged in research on innovative technologies of key technologies, separation and detection for high-purity organic and trace component measurement for more than 30 years, and continues to promote the separation and purification of organic matters, the development of micro and trace  impurity removal technology and the international mutual recognition of testing technology standards; at the same time, keeps up with the trend of international stoichiometric development, aims at the national key hotspots such as food safety, clinic and pharmaceutical, and focuses on the core measurement capability of high-purity substances such as value traceability source to establish a strategic direction for the development of stoichiometry and reference materials. She is the initiator and person in charge of the Library of Reference Materials of China, and has led the team to achieve a major breakthrough in the development technology of organic compound purity reference materials. She won the second prize of the National Science and Technology Progress Award; won 13 provincial and ministerial awards (5 second prizes and above), 12 industry association awards (9 second prizes and above); 11 authorized patents and 3 software copyrights; more than 160 approved national standard materials/standards/technical specifications; was invited to make reports on the international conferences more than 30 times; has published 130 papers, more than 60 of which were included in SCI, and 3 were original/translated; and trained nearly 20 masters and doctors, and 9 of who were promoted to researchers.

Ms. Li has been a member of the Consultative Committee for Amount of Substance (CCQM) of the International Committee of Weights and Measures since 2004 and a member of the Organic Analysis Working Group. She is currently the Chinese representative of the IUPAC Analytical Chemistry Department, member of the ISO REMCO, and chairman of the Asia Pacific  Metrology Progamme (APMP) Food Safety Focusing Group; chairman of the National Standard Substance Measurement Technical Committee, deputy director of the National Clinical Medical Inspection and Measurement Technology Committee, secretary general of the National Instrument Analysis and Testing Standardization Technical Committee (TC481), member of Special Committee of China National Accreditation Service for Conformity Assessment Laboratory, member of Environment Standard Sample Subcommittee under National Standard Sample Technical Committee, member of editorial board of journals such as Accreditation and Quality Assurance, Journal of Instrumental Analysis, and former Chairman of the Joint Research and Development Committee for Reference Materials of China, Japan and South Korea. She has actively promoted international cooperation in the field of stoichiometric with nearly 20 countries or institutions such as the International Bureau of Metrology (BIPM), the British Laboratory of the Government Chemist (LGC), China (NIM)-Japan (NMIJ)-South Korean (KRISS), and South Africa (NMISA). The team led by her has played an important role in the activities of “melamine” in 2008, the milk powder poisoning of New Zealand, the 2015 World Championships in track and field, and the improvement of food safety testing quality, and made a great contribution to expand the international and domestic influence of China’s stoichiometry and reference materials.