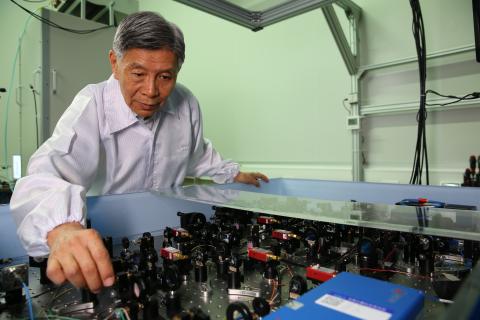 Li Tianchu, chief scientist of NIM, academician of the Chinese Academy of Engineering, born in November 1945 in Guiyang City, Guizhou Province; graduated from Tsinghua University in 1970, and earned his master and doctoral degrees from NIM and Tsinghua University in 1981 and 1991 respectively. Since 1982, he has served as an assistant researcher, associate researcher and researcher at NIM. In 2002 and 2014, he was invited to act as an adjunct professor at Beijing Institute of Technology and Tsinghua University, respectively. In 2011, he was elected as an academician of the Chinese Academy of Engineering. From 2013 to 2018, he served as the chairman of the China Instrument and Control Society.

Mr. Li has long been engaged in the research area of time & frequency, absolute gravity with atom interferometry, laser spectroscopy and fiber-photoelectron metrology.