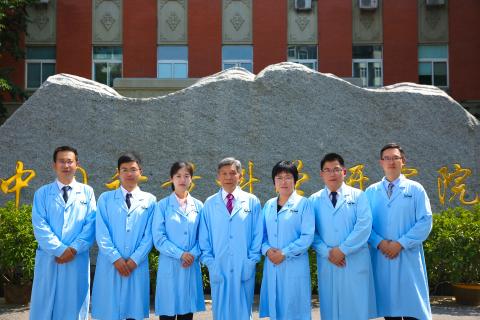 NIM restarted the absolute gravimeter project based on cold atom interferometry formally in 2013. After four years hard working, a mobile atomic absolute gravimeter NIM-AGRb-1 based on light-pulse atom interferometer has been built, evaluated successfully. The sensitivity of the gravimeter is about 28 μGal/Hz1/2 (1 μGal=10-8 m/s2≈10-9 g) when operated in a quiet place and its instability reaches as small as 0.2 μGal. The instrumental effects were evaluated and corrected with a total uncertainty of 4.2 μGal. NIM-AGRb-1 also demonstrated continuous operation over a period of more than 500 hours. NIM-AGRb-1 participated in the pilot study of the International comparison of absolute gravimeters (CCM.G-K2.2017) held at NIM Changping Beijing in October 2017, and achieved a DOE of -2.4±4.6 μGal. During the comparison, NIM-AGRb-1 demonstrated the best reproducibility among the same type gravimeters, which significantly promoted the influence of our country in the field of precise measurements.