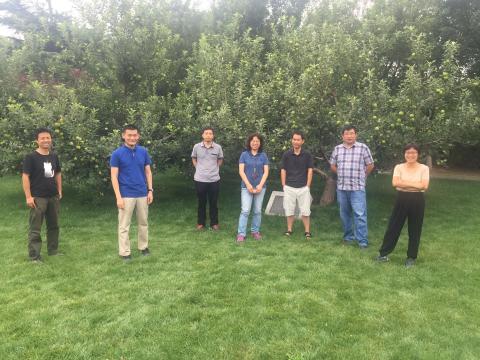 The responsibility of the Metrology Chip Innovation Team is to develop a core metrology chip with independent intellectual property rights, and create the source of an independent base standard system, thereby supporting the modern measurement standards and enhancing China's core competitiveness in the measurement field. So far, the team has made breakthroughs in the development of the core chip required for the quantum resistance standard, quantum voltage, and millimeter wave power. The successful development of the integrated Josephson junction chip required by the 1V quantum voltage realizes the integration of 400,000 Josephson junctions, making China the fourth country with this capability following the United States, Japan and Germany. The single quantum Hall chip has been successfully developed which can be used to quantize the national reference of Hall resistance and the natural reference of quantum resistance at low magnetic fields. For the first time in the world, the original chip for the WR-6 millimeter wave power standard is used for the standard device and exported to the NIST standard system. Our future research will include: TES chips for single photon primary standards, TES readout circuit chips, and sensing devices.