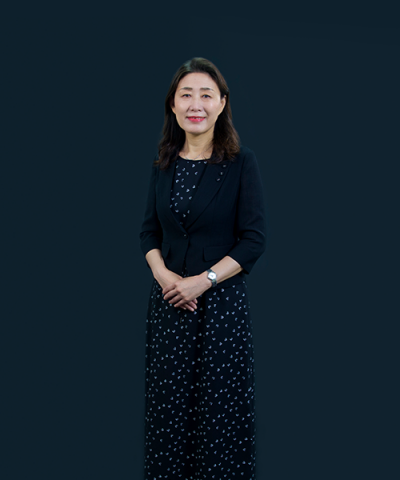 She is head of the Inorganic Chemistry Laborotary under Institute of Chemical Analysis, and director of the Department of Chemistry and Life Sciences of the 11th Science and Technology Committee of NIM. She is also a member of Commission on Isotopic Abundances and Atomic Weights under the International Union of Pure and Applied Chemistry (IUPAC CIAAW), member of the Inorganic Analysis Working Group of CCQM, member of the International Measurement Confederation's Chemical Measurement Technical Committee (IMEKO TC24), and director of Chinese Mass Spectrometry Society.

She has long been engaged in the research and application of stoichiometry, inorganic mass spectrometry and isotope analysis techniques. As the leader of the discipline, she led the isotope measurement technology innovation team, and through years of research, created a new mechanism and standard method for accurate measurement of isotope abundance. At present, accurate measurement of the isotopic composition and atomic weight of 11 elements such as selenium, ytterbium and molybdenum has been completed, which has been adopted by IUPAC as the new international standard and the best measurement. A new method for the measurement of concentrated silicon-28 isotope ratio based on high-resolution inductively coupled plasma mass spectrometry technology was established, which satisfies the high precision requirement of Avogadro constant determination for silicon molar mass measurement, and make an important contribution in redefining the SI unit mole. JJF1267-2010 isotope dilution mass spectrometry standard method, JJF1508-2015 isotope abundance measurement standard method and other national measurement technical specifications and national standards have been established. Three mass spectrometry instruments were established, and more than 70 national reference materials were developed. In the international comparison of multiple isotope analysis techniques and isotope dilution mass spectrometry methods, 50 national calibration and measurement capabilities (CMCs) have obtained international mutual recognition, and established isotope measurement  standards and traceability systems, improving the ability of NIM to innovate in science and technology in isotope measurement and to serve the needs of the country. The research team was hailed by the International Commission on Isotopic Abundances and Atomic Weights as “one of the best teams in the field of isotope measurement and an important contributor to the isotope science community.” In 2014, NIM was listed as the International Isotope Reference Material Supply Agency for the first time.

She has won the second prize of the National Natural Science Award, the second and third prizes of the National Science and Technology Progress Award, and the Ministrial Science and Technology Progress Awards. In 2002, she was granted with the special allowance of the national government and won the honorary titles of “Young and Middle-aged Experts with Outstanding Contributions”, “National March Eight Red Banner Pacesetter” and “March 8 Red Banner Holder”. In the past ten years, she has published more than 60 papers and trained 13 graduate students and 3 post-doctoral students.