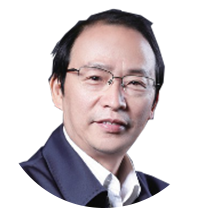 In October 1977, Professor Dieter Kind, President of PTB, and Professor Hans-Jürgen Schrader, Vice President of PTB, set foot on the land of China for the first time. China and Germany formally established diplomatic relations in 1972. With the concern of the leaders of the two countries, both governments expressed their strong desire to conduct scientific and technological cooperation and exchanges. In 1977, China and Germany agreed to sign the intergovernmental science and technology cooperation agreement through consultation, but it was also necessary for the corresponding agencies of both parties in all fields to sign the cooperation agreements in their respective fields. As an important research institute affiliated to the federal government of Germany, PTB is also one of the oldest and most advanced national metrology institutes in the world. Professor Kind and Professor Schrader were invited by the Chinese Embassy in Germany to find metrology partners in China. Soon after this unusual "ice-breaking visit", the China-Germany Protocol on Science and Technology Cooperation was officially signed in October 1978; In March 1979, NIM sent three scholars including Zhao Kegong to PTB for research for the first time; in October 1979, the General Administration of Metrology of China and BMWi of Germany signed the China - Germany metrology Technology Cooperation Agreement in Braunschweig, thus a 40-year long China - Germany metrology cooperation was started.

The past 40 years from 1979 to 2019 may be just a brief moment in the long history of the mankind, but it's an extremely important stage of development for NIM founded in 1955. We are very lucky and grateful that NIM received selfless help and support from PTB at this stage. Whether it was early gifts of the standard involute gears, high temperature standard tungsten ribbon lamps and ultraviolet radiation standard parts or a number of measurement tandards in urgent need established in cooperation with PTB, they played an important role in promoting the development of the metrology cause in China. In particular, with the help and support from PTB, NIM received three free assistance projects from German government from 1985 to 1998, a total of 6.2 million marks. This was "timely assistance" for NIM in extreme shortage of funds. Through these projects, NIM not only got multiple key measurement standard devices to rapidly improve technical capabilities, but also trained a number of excellent scientific research personnel and achieved some international advanced research results by sending visiting scholars to PTB and German universities and enterprises. For example, in the project of "Building an electric energy standard laboratory", NIM received instruments and devices worth about 900,000 marks to establish the national electric energy measurement standard. In the project of "Improving length-unit laboratory", NIM successfully developed the world's first He-Ne laser that can continuously radiate six visible spectral lines at the same time. In the project of "Improving metrological test technology in mechanical manufacturing in China", NIM worked with PTB, TU Ilmenau and Zeiss successfully developed the world's first metrological atomic force microscope and metrological electronic scanning tunneling microscope, which laid an important foundation for the establishment of national nano metrology standard. NIM also realized international equivalence of national calibration and measuring ability by participating in the bilateral/multilateral comparison organized by PTB. For example, PTB helped NIM establish a link to the international standard time in the field of time and frequency. In 1979, NIM and PTB used Symphonie to carry out the long-distance time synchronization test. This was the first time for cesium atomic clock of NIM to get involved in the intercontinental synchronization experiment, which laid a foundation for the establishment of the standard time dissemination system in China. In 2007, the cesium atomic fountain clock independently developed by NIM became a member of International Atomic Time cooperation through the satellite bidirectional time and frequency link established with PTB. In 2013, NIM and PTB jointly organized the remote comparison of cesium atomic fountain clocks in Asia and Europe, which made contributions to international time and frequency cooperation.

In addition to establishing the metrology standard and carrying out bilateral comparison, the more important thing of China – Germany metrology cooperation was personel exchanges. In the course of 40-year cooperation, PTB has trained nearly 500 metrological personnel for China, and most of them were from NIM. Others came from Chinese universities and industries as well as local metrology institutes. Many people who worked and were trained in PTB have become the backbone for the development of metrology in China. For example, most elderly, middle-aged and young technical backbones of NIM took part in the cooperation with PTB. Nearly half of the existing research leaders worked as visiting scholars at PTB for more than half a year, leaving a deep PTB "imprint". Through seminars, training courses, technical exchanges, etc., many PTB experts also visited China frequently, which enhanced mutual understanding. Experts of the two countries also published two Chinese textbooks through cooperation: Coordinate Measuring Machine and Modern Interferometric Measuring Technique. Three presidents of PTB including Professor Kind, Professor Ernst O. Goebel and Professor Joachim Ullrich provided strong support for China – Germany metrology cooperation. In 1999, the Friendship Award was awarded to Professor Kind, while Professor Goebel and Professor Ullrich served as members of the International Advisory Board of NIM successively. Mr. Zhao Kegong, Director of NIM, and Mr. Liu Xinmin, former Deputy Chief of the Department of Metrology of AQSIQ, made painstaking efforts and devoted their entire energy and thoughts to the expanding and promotion of China – Germany metrology cooperation. My predecessors, including Mr. Pan Biqing, Mr. Tong Guangqiu and Mr. Zhang Yukuan, made important contributions to China – Germany metrology cooperation. The metrological workers of the two countries have established a profound friendship because of sincere cooperation. When talking about their experience of working and living in Germany, many of my colleagues still cannot help being moved by the help and support of colleagues and friends from PTB. Collected Works Commemorating the 40-year China – Germany metrology cooperation included a lot of memories from them, and there were many touching stories and true feelings.

The fruitful results of 40-year cooperation cannot be enumerated one by one. Here, on behalf of all staff of NIM, I would like to express my heartfelt thanks to all the colleagues and friends who have supported, helped and participated in the China – Germany metrology cooperation. I would like to thank PTB for its selfless help and support for NIM and metrology in China!

On May 20, 2019, the revised SI based on natural constants was officially implemented. New SI has a profound impact and may even change our lives. In the past few years, NIM and PTB have made important contributions to the cooperation in SI redefinition. Faced with new SI, metrology will include new contents, innovations and breakthroughs, such as quantum metrology, nanometrology, new material metrology, biological and life science metrology, digitization and big data, etc. These will bring more new opportunities to the future China – Germany metrology cooperation.

As the largest economies in Asia and Europe, China and Germany are major trading nations and manufacturing powers. Complementary advantages and win-win cooperation are the themes of China-Germany relations. As key members of international metrology community, measurement cooperation is one of the important contents of China – Germany cooperation. The successful measurement cooperation in the past 40 years has effectively supported the economic and trade development of the two countries. In particular, the huge success achieved by German industry in China has benefited from the coordination and mutual recognition of the measurement standards between the two countries to a large extent. Let's work hand in hand, continue to carry out China – Germany metrology cooperation, and make concerted efforts in promoting the cooperation to a new level so as to make greater contributions to China – Germany economic, social and technological development!