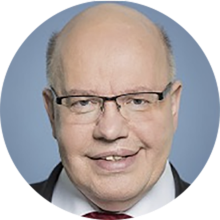 Cooperation between the Federal Republic of Germany and the People's Republic of China in many fields, such as economy and science, has flourished. Such cooperation has promoted the sustainable development of bilateral trade relations. In 2018, the trade between China and Germany rose to nearly 200 billion euros.

The scientific and technical cooperation in China - Germany metrology, which began 40 years ago, has made great contributions to the development of cooperation between the two countries. Various and regularly updated agreements signed among BMWi of Germany and the former General Administration of Metrology of China, later AQSIQ and now SAMR have laid a solid foundation. The success and continued development of such cooperation, the work carried out by PTB and NIM is significant. Such work starts from the technical support of Germany to later measurement training and further studies and equal cooperation to date.

As a part of quality infrastructure, metrology plays an important role in the development of trade relations. Well-functioning quality infrastructure is able to build trust among market participants. Unified verification methods and extensive application of international specifications and standards reduce trade barriers. The significant progress we have made in this regard is also attributed to cooperation within the framework of Metric Convention and the International Organization of Legal Metrology. China and Germany have been actively engaged in the work for many years.

I highly appreciate the cooperation between PTB and NIM in the past 40 years, and hope that such cooperation can carry forward the cause and forge ahead into the future and make contributions to the simplification of market access, reduction of trade barriers and the sustained deepening of China-Germany bilateral relations.