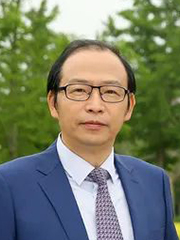 Mr Fang graduated from the Changchun Institute of Geology (now Jilin University) with a bachelor’s degree in Geophysics in 1984.

He is granted with special government allowance by the State Council.

Since 2014, Mr Fang has been serving as the director of NIM.